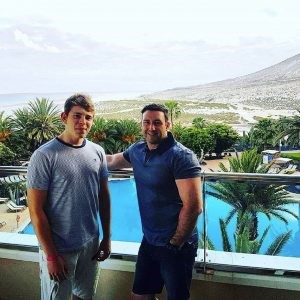 Why You Should Embrace Long, Multi-Stop Flights

Look, let’s make no bones about it in saying that sometimes the best way to book a flight is indeed to head straight to the airline’s official website, but every other time it’s best to go via an online flight search platform or perhaps even less so via a traditional travel agency. There is perhaps one main reason why you’d prefer to go directly to the airline’s official site, that being if you’re absolutely sure of the travel dates lined up, i.e. your departure and return dates are fixed.

There’s probably another reason as well, which is if you were cashing-in on some loyalty rewards points you will have accumulated on account of being a frequent flyer who has racked up the air-miles, but then again that would probably go back to having initially used online flight search platforms to find those flights for which you could earn and claim miles. Going direct would also perhaps be ratified by the desire to fly more direct, i.e. if you want to avoid any and all stops, layovers, etc. Of course sometimes it isn’t at all possible to avoid stopovers since it only makes sense for long haul flights to be headed to popular destinations exclusively.

The one major draw-back of using online flight search platforms is that of the inevitability of the subsequent flights available being those which encompass multiple stops and as a result turning into really long flights. It’s not uncommon in that regard to have a flight indicated to have you landing the next day or perhaps even two days after the initial departure date, so your e-ticket would say “+1 day” or “+2days.”

Is this really a draw-back though? I tend to disagree that it’s a drawback, and I think I’m correct in saying that frequent travellers, budget travellers and those travellers who are generally always on the lookout for a great deal, fully embrace the long flights which have multiple stops. There are many ways through which you can turn what appear to be the drawbacks of these types of flights into some great advantages to actively seek out and benefit from.

Getting to explore more places

So in my specific case I like using Justfly as a starting point to search for flights, which I suppose is a practice synonymous with many other travellers as well, so there’s not much new news there. However, this particular online flight search platform pretty much epitomises one of the advantages of embracing what subsequently show up as long flights with multiple destinations. Of course you can sort the results according to filters such as price and perhaps even look specifically for direct flights or those with the least stops, but if you embrace the multi-stop flights then you can take advantage of those multiple destinations to explore more places along the way.

For instance, if for example a specific flight path regularly stops over at a particular exotic destination, but only for about a two-hour layover, if you run a search for flights which would have you staying longer at what is otherwise that stopover destination, effectively extending your stay at that destination for about a week, the total cost of the airfare would only have about $100 added to it!

Certain flight paths don’t even show up if you go directly to the airlines’ official websites and you’ll be surprised to learn that sometimes searching through what are effectively these travel agencies yields cheaper airfares! The only issue with that however, just so that I maintain my practicing of full disclosure, is that if there are any issues that pop-up, like if you miss your flight or anything like that, the agency through which you acquired your ticket is your point of contact with the airline. You would have to contact them instead of being able to speak directly with someone from the airline.

It is when you’re considering the inter-airline changes that come with taking advantage of stopovers in multiple destinations that going via these flight search platforms works out to be so much cheaper.

Getting to experience flying with different airlines

Long, multi-stop flights aren’t beneficial in the sense that you get to fly with different airlines being a novelty. The benefits come into play when you consider that even though you’ve booked via an online flight search platform like Justfly, you still get to claim the miles which form part of the corresponding airline’s loyalty rewards or frequent flyer programme.