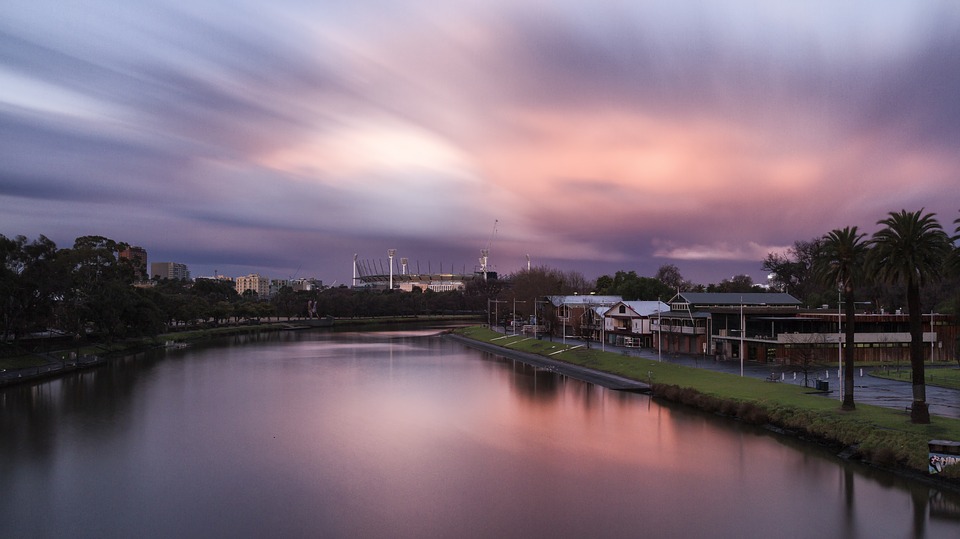 The secret to exploring Australia on a budget

Hello there. We are writing to you from the land down under. Yep, Australia. Home to rolling deserts, luscious beaches, glorious bushlands and a big rock right in the middle. Despite the way Australians may be perceived when traveling in other countries, our own country is actually rather beautiful. Sounds a dream, doesn’t it? Well, we’re sorry to shatter your dream of endless snorkel trips through the great barrier reef and nights out in Melbourne’s CBD, but Australia is bloody expensive. The Australia Tourist Visa for starters. That’s why us locals have to work so hard: to afford the lavish lifestyles (it’s really not that lavish) that we lead here in Australia.

However, as the local experts that we are, we have managed to master the art of getting by on a budget. And as the lovely people that we are, we’ve decided to share these secrets with you guys.

So, what is the secret to travelling Australia on a budget?

First, get your Australia Visa! And, while doing this and that to save your bucks (Aussie slang for dollars), most of the time it works best if you do your research and establish what it is you want to do in Australia and where you want to go when you’re here. Australia is the sixth-largest country in the world (about the same size as mainland USA) so you’re definitely not short of options.

Think about how much time you have and then make a wish list of all your must-do’s and see’s in Australia. If you’ve only got 2 weeks then it wouldn’t make much sense to be flying from Sydney to Cairns to Perth. You’ll spend half the trip sitting in airports and, we’ll tell you now, there isn’t anything special about Australian airports. So, if your time is limited then pick a couple of cities – preferably ones that are close together – that are highest on your list and then start planning your trip.

As we are the land of lots of space, air travel in Australia can get pretty expensive. However, we do have an abundance of budget airlines that are just waiting to score your business. These are Tiger Airways, Virgin, Jetstar and sometime Qantas. Tiger is definitely the cheapest, you can even score interstate flights from $39. You may have to risk the odd dely here or there but if that’s not a bargain, we’re not sure what is! You can also jump on comparison sites like Webjet and Skyscanner to suss out the cheapest fare for where you want to go. Just a hot tip, don’t be sucked in by the luxury of in-flight entertainment. It generally costs extra on budget airlines and is not a necessity to your already tight budget. Once you’ve found the cheapest fare through those comparison sites, go back to the airline’s direct website and book the flight on there. You’ll likely avoid having to pay any extra fees to the website.

Once you’re settled into whatever city you’ve decided to visit, you’ll need to decide on how you’re going to get around. Now this really depends on where you go. Public transport in Australia can be pretty good – by our standards anyway – and you can pretty much get anywhere you’re wanting to go by bus, ferry, train or ride share. The cheapest way to tackle the public transport systems in Australia is to pick up a smart card for the city that you’re in. Each of the larger cities will have a travel smart card whether it be Melbourne’s myki Card, Sydney’s Opal Card or Brisbane’s Go Card.

You’ll be able get these from the ticket windows at the city’s airport train station, 7 – Eleven stores, newsagents, bus stations, train stations, pharmacies, supermarkets and some convenience stores. Having one of these cards will save you time having to buy tickets everywhere you go and you’ll have access to discounts and offers, prepayment options and online account management.

If you’ve got a bit more money to burn then you can also rely on taxis and ubers, but public transport is definitely the more economic option.

Another option for getting around is to hire a car. This is best for the over 25’s, as anyone younger than that will be charged an arm and a leg for insurance. You could pick up a Wicked Camper, for the true hippy inside, for $25ish a day. When you think about the cost of accommodation, that’s a very fair deal. Otherwise, if it’s just a normal car you’re after to get from A to B, we suggest checking out Skyscanner again as well as Lastminute.com and Expedia for comparisons on cheap car hire. You can also visit websites like StressFreeCarRental.com to get some more options for a car hire; you can rent it out for as long as you need, whether it’s only for a day or for a week. If you’re one for a road trip though we definitely recommend a camper as, as long as you can find a good deal, this is the cheapest and most authentic way to see Australia.

If you’re not one for a road trip but are one cheap accommodation, there are plenty of options available to you. Hostels are generally the cheapest places to stay, however, you could still be looking at spending around $40 a night. The best sites for hostels are Hostel World and Australia Youth Hostels Association.

If you’re looking for something even cheaper and you’re not too fussed about where you stay (or who you stay with), you could check out Couch Surfing and even find a bed for free. Couchsurfing members advertise their spare rooms, inflatable beds, couches or floor space for struggling world-travels to crash on. It’s a community minded site that emphasizes personal safety and encourages feedback so it is a little more regulated than just crashing on a strangers couch in the hopes that it all ends well.

Another option for cheap stays is to camp. Australia has some beautiful camping spots all around the coast line and you could pick up a plot for as cheap as $15 a night. This is another really authentic way to see Australia as you’re basically one with Aussie nature. Check out Australian National Parks Travel Guide, the Commonwealth National Parks,the Big4 Caravan Parks and Australian Campsites for cheap deals.

There will be certain things in Australia that you’ll want to do that will cost money. As we said before, it’s best to establish the things you don’t want to miss out on and then work your budget around those. If climbing the Sydney Harbour Bridge is a must for you then you may just have to sacrifice going to the aquarium to do so. Otherwise, you can take free walking tours, hop on free shuttle buses, visit botanic gardens, check out free museums and galleries, or hit up the amazing beaches that Australia is so famous for. Doing free activities will mean that you have more room in your budget for the costly necessities of your trip.

These are just a few of our tips for travelling down under on a tight budget. Just because we have to endure Australia’s rising cost of living doesn’t mean you guys have to as well! Our final tip to you is to consider taking out a travel loan. If you’re stuck in a cycle of work, eat, sleep, repeat and the only tan you have is from sitting on the sunny side of the train, then you need to take an emergency holiday, now! A travel loan will get you to where you want to go without all the stress of saving up and budgeting for months in advance. It’s the shortcut to taking the break you so deserve. And why not come see us down under? You’ll be walking barefoot through the sand with a beer in your hand in no time at all!

Australia, Traveling
About Me