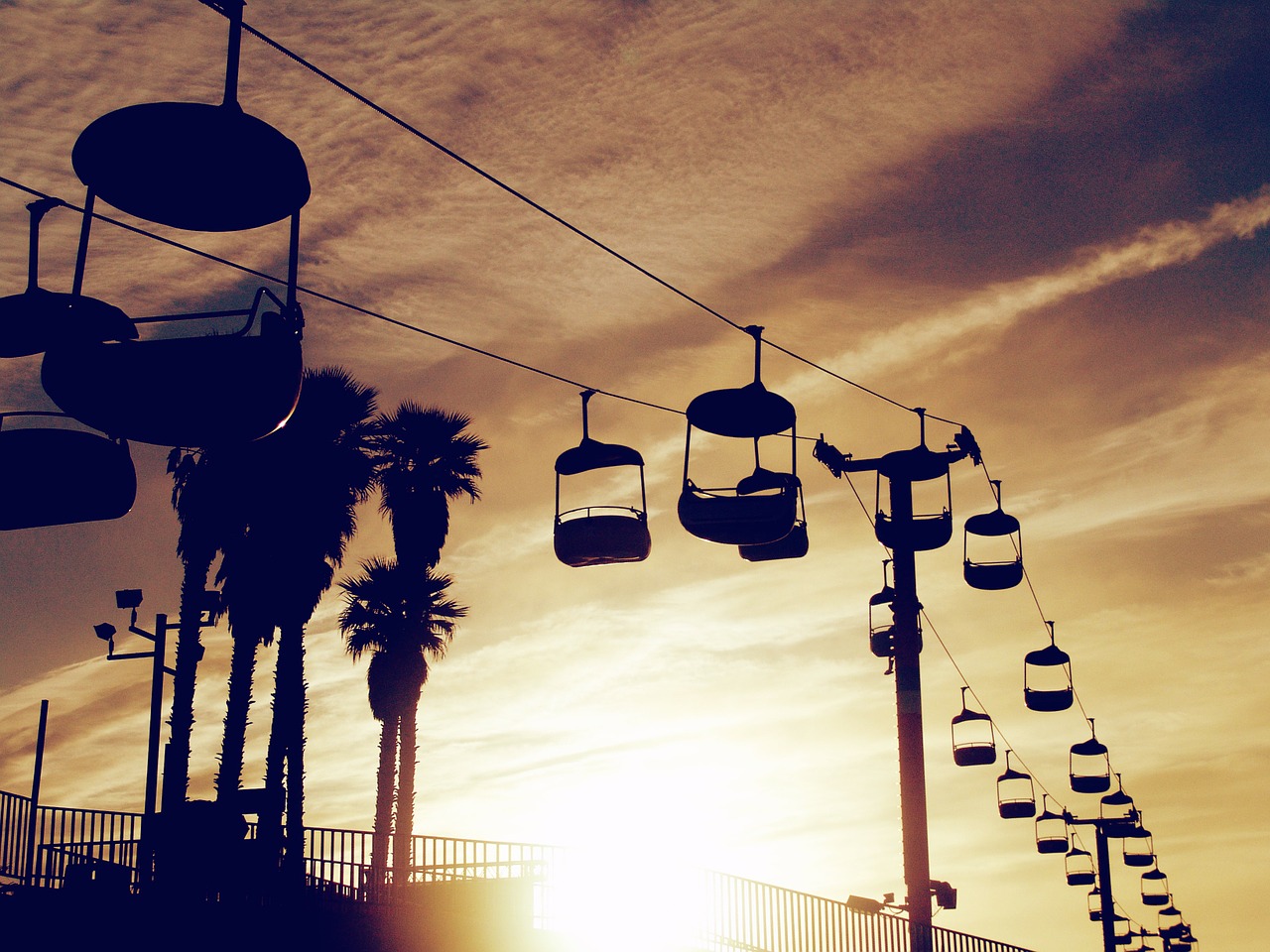 The longest single-space chairlift in the southern hemisphere.

Dangling high above the strong currents of the South Esk River in Launceston, Tasmania, Australia is the longest single-space chairlift in the southern hemisphere.

It measures 457 meters from start to finish. As you hang over 300 meters above the ground, the only thing keeping you alive is a restraining bar.  The open-air chair over the waters offers incredible views of the surrounding area.

The chairlift is open all year round.  It opens at 9 a.m. and closes at 4.30pm in the winter, during the summer months it closes an hour later at 5.30pm

Launceston is Tasmania’s second biggest city.  It has had a rich past, famous for being the first city to be powered from a water power station.  Perhaps it is most famous for the role it played in the 2000 Olympic games, where an athlete held the Olympic torch aloft on the chair-lift itself.

The Chair-lift has a good track record.  Up to now there have been no fatalities, and there have only been 2 breakdowns in its 45 year history. The most noticeable event that happened, occurred in 2001.  Where five visitors were stranded for two hours, when thankfully cranes were able to hoist them down.  Now the lift is checked at least four times a year.

The chairlift takes you over some insane views of Cataract Gorge.  Here without doubt you can snap great photos.  Looking down over the lush landscape, you’ll be able to see plenty of wildlife, including kangaroos and peacocks.

After the chairlift, there are lots of opportunities to enjoy the nature further. With ample trails meandering around the woodland for you to get lost in.  If you get hungry, why not find a secluded spot to have a picnic with your loved ones!

The Time To Go Is Now

The owners of the chairlift have recently announced plans for introducing glass gondolas to escort people across.  This will add a whole new meaning to the phrase luxurious travel, as the already 10 minute journey will be extended to a three part route of 1500 meters,taking the in the beauty of the gorge with panoramic view feeling like royalty!  This new gondola system named the Launceston Skyline will also take more than twice as long, lasting for 25 minutes and cost 25$ for adults.  However up to now they have failed to get the go ahead to make the project a reality.

In the meantime, visitors can enjoy an uninterrupted vista over the gorge, which was created by erosion between the Basin Road fault and another fault line. That unnamed line runs at an angle to the South Esk River, which spills into the Tamar River. But don’t worry: If you’re taking a ride on the chairlift, you’ll be far above the ground if another fracture in the Earth were to occur.