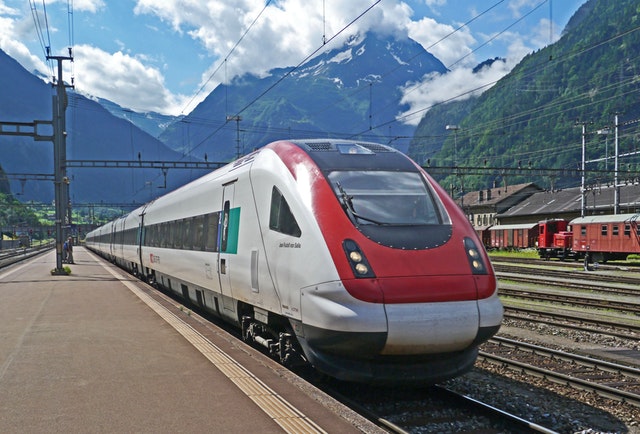 The Best Train Journeys in the World

There are many ways to see the world, many ways to traverse this planet that we are so lucky to call our home. Many people opt for the most time-efficient method, which is, of course, flying, but there are so many more interesting and pleasant ways to get around that so many people miss out on.

A way to travel that has stood the test of time is that of train travel. Developed in the 18th century and developed in leaps and bounds over the past 200 years, it is now one of the very best ways to travel!

So, here’s a run down of some of the very best train journeys to take in the world, make sure you give all of these a chance, it could just change your life! There’s unlikely to be a need for a train accident lawyer, with train travel being one of the safest ways to travel.

Novels have been written, films produced and many a love story told about debaucheries on board The Orient Express. In its heyday it was a pioneer of untold luxury and amazing adventures and it’s over land journey is the perfect way to ease yourself into train travel.

Its main route from London Victoria to Venice-Istanbul traverses many of Europe’s most beautiful countries. Travel through France and gaze at the wonders of the most romantic city in the world: Paris, before heading to Italy and stopping off at Milan and Venice, two of the country’s most iconic cities. Your final stop at Istanbul will take you to a whole new world of exotic delights and untold wonders.

This route has become more famous in recent years for its part in the famous Harry Potter films thanks to the stunning 21-arch Glenfinnan Viaduct which towers over the stunning Scottish scenery. The journey takes you through 42 miles of some of the best sights Scotland has to offer, including Europe’s deepest seawater loch and an incredible view of the UK’s highest mountain. It’s beautiful to behold.

The route also has the only steam timetabled service on the national network, a Jacobite train that is quite an experience to behold.

This New Zealand train was quite a feat that, at the time of its completion, was an engineering marvel. It’s an impressive ride through the North Island and is a main route for intrepid explorers. The North Island is a tough place filled with active volcanoes and volatile forest land and, while it was tough for the engineers that built the railway, it is a truly unforgettable trek for those that take the railway now.

It’s not for the faint-hearted mind, with high tracks that seem to be on the verge of tippling at any moment, but those that take the plunge are richly rewarded with views like no other.

This route isn’t a highway like the name suggests, but it is one of the best ways to travel across two of the world’s biggest continents. Begin in Russia before crossing into Mongolia and finally reaching China.

The pathway was originally one of the many routes that traders used to use to cross Siberia in the 17th century ad is an epic journey that has sparked many a feeling in many a man.

Featured, Traveling
About Me