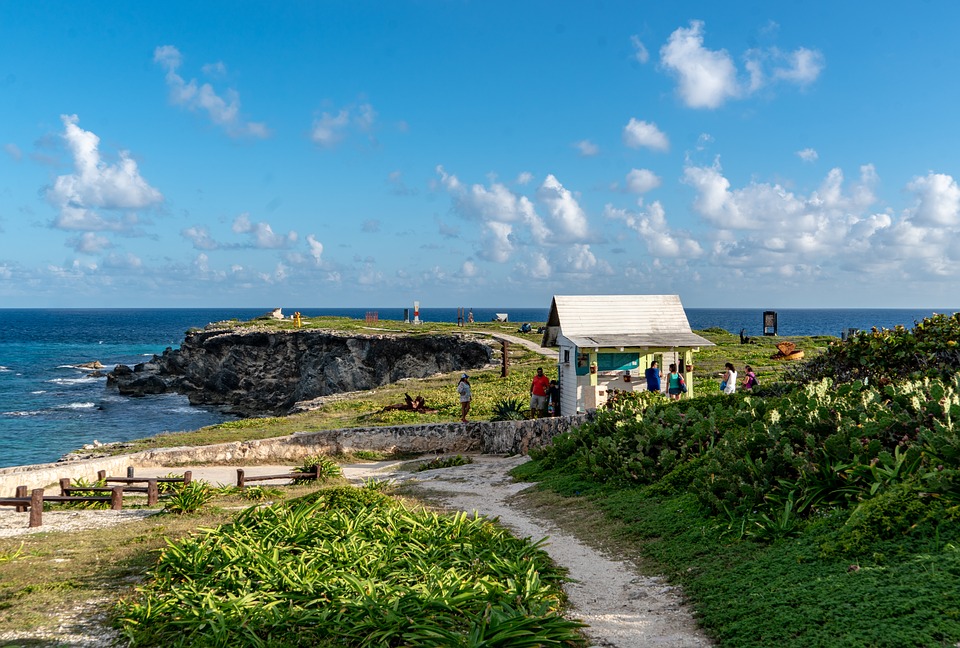 What’s the first thing that comes into your head when you think about a holiday in Mexico? Fiestas? Beach parties? Mariachi bands and sampling incredibly spicy food? Probably all of that and more, unless you’re one of our younger readers and the first thing you think of is Spring Break in Cancun! Mexico has no shortage of entertainment options, spectacular nightlife and incredible sights to see, but it also has an enormous amount of history.

Just like the city of Cairo in Egypt is built around the Pyramids, the modern country of Mexico is built on the ruins of the ancient Aztecs, who once built an empire which sat at the country’s heart. Although the empire is gone, there are still buildings and relics dotted around Mexico which offer an insight into what life must have been like for the people of the time. If you’re considering a trip to Mexico, some of these ancient sites are ‘must see’ attractions, and we’ve identified the best of them.

There’s a common perception that the Aztecs were a mysterious people, and that’s partially true. When the Spanish conquered their empire in the 1500s, many of their records and monuments were destroyed and lost to history, leaving us to guess at filling in the blanks. There’s a reason that some of the popular online slots at UKSlotGames.com have names like ‘Aztec Secrets,’ ‘Aztec Gems’ and ‘Azteca Gold’; its because much of what we know about them revolves around their wealth and their enigmatic nature. Much in the same way that players visiting the slot games are searching for riches, archaeologists and historians still search for clues to the secrets of the Aztec race, hoping to find gold of their own in the process.

Here are the best places to look!

There is a little controversy about whether this is truly an Aztec ruin or not, but most respected scholars and experts agree that it is. The Aztecs weren’t the only great and ancient civilization to roam Mexican land; the Mayans were there centuries before them. There was some overlap between the civilizations when they progressed into the same areas of land, a well as evidence that the Aztecs made use of old Mayan sites.

Teotihuacan is a vast site to survey, much of which is perfectly preserved. If it weren’t for the faded engravings and the moss growing through some of the ruins, you could easily imagine the buildings and land were in use yesterday. There’s a lot to see in Teotihuacan, but the highlights are the two pyramids, known respectively as the Pyramid and the Sun and the Pyramid of the Moon. Upon seeing them, you might think that they have a little in common architecturally with the pyramids of Egypt. Many historians think the same thing but aren’t able to explain it.

The Aztecs made extensive use of Xochicalco. So did other cultures who once lived here, including the Mixtec and the Toltec. We believe it may even have been an early example of what we’d now call a ‘vacation resort’ because it contains baths and sporting arenas. In among all the recreational structures, there are both palaces and temples, which suggest that this was once a place of great wealth and influence.

Xochicalco was probably a place that did everything at once, like a modern-day city. It offered religion, trade, and leisure to its residents and visitors. It’s easy to see why the site was chosen; it’s on high ground that sits on a plateau, offering views that stretch all the way to the horizon for miles around. This is where the Aztecs came to unwind.

Templo Mayor is in rough shape compared to the previous two sites that we mentioned, but there are a couple of great reasons to visit it. Firstly it’s in Mexico City, which gives you a great reason to call in on Mexico’s capital and see what it has to offer. A trip to Mexico wouldn’t be complete without making a visit. Secondly, the Aztecs quite literally believed that Templo Mayor was the center of the universe.

At the heart of the ruins sits a temple, which was either damaged or destroyed and then rebuilt at least seven times, which makes some historians believe battles were once fought over it. Incredibly, it’s also not yet been completely uncovered. There’s still excavation work going on to this day, with archaeologists hoping to uncover fresh secrets in the rubble. Who knows – they might even find them while you’re there.

We imagine you were planning on enjoying the occasional alcoholic drink while you were in Mexico, so you may as well travel to Morelos and see a temple devoted to the Aztec god of alcohol! Specifically, Tepoztecatl was the god of pulque, a drink made from fermented maguey sap. The drink is thick and sour with a milky color and will be available for you to drink if you’re feeling brave enough.

While you’re there, see if you can help scientists solve a mystery. Nobody can agree on how old this site is. There are glyphs still visible on the walls of the temple which mention a date of 1502, which would make it a late construction of the Aztec era. Not everyone is convinced the date marks the date the temple was completed though; Ahuizotl, a great Aztec ruler, is known to have died in that year. Some, therefore, believe that the markings are simply there to honor him, and the temple is much older. If you can solve that conundrum, you’ll become a celebrated name in the field of archaeology!

If you want to get the best out of visiting all or any of these sites, you’re best advised to travel outside the rainy season, during which storms and high winds can ruin your enjoyment of any tour. Rainy season in Mexico starts in late May and can go on until the start of November (that’s why people are so keen on visiting during spring break earlier in the year!) That’s a full half year where visiting would be risky, so travel early instead. Failing that, why not make it an unconventional Christmas holiday?