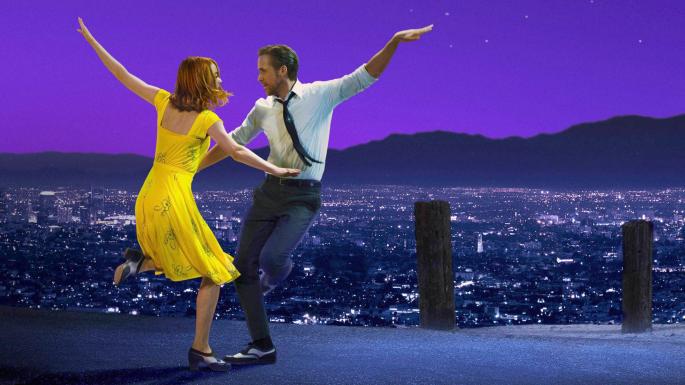 36 Sleeping Beauty at Bovey Castle
Devon
It may be just a few weeks until Wimbledon, but the bosses at this Dartmoor country pile are taking down the nets and transforming their grass courts into a grand outdoor cinema. Posh snacks include smoked salmon sandwiches and strawberries and cream, and there’ll be champagne from the pop-up bar. The movies, chosen by Barn Cinema, in Dartington, are Matthew Bourne’s Sleeping Beauty, Their Finest and Dirty Dancing.
June 14-16; £10; boveycastle.com

37 La La Land on the Thames
London
There’ll be no sneaking in during the opening credits at the capital’s first floating outdoor cinema. The sunset cruise sails from Tower Bridge, making its way to Greenwich. Buy sundowners and snacks on board, then plug in your wireless headphones for screenings of movies including La La Land, Jaws, Clueless and Casablanca.
Dates between June 15 and July 15; £29; timeout.com/movieboat

38 The Life Aquatic on a tall ship
Liverpool
Before the show, acrobats will be launching themselves around the rigging of the tall ship Kaskelot. Meanwhile, you’ll set out blankets, cushions and the picnic by the water’s edge in Canning Dock, seeing how your fancy-dress effort measures up to that of the other spectators. Wes Anderson’s surreal classic will then be projected onto the Kaskelot’s sails.
June 21-22; from £12.50; compasspresents.com

39 Scandal at Cliveden
Berkshire
It was the scene of one of the scandals of the 1960s. Now you can watch Scandal, the 1989 film about the Profumo affair, starring John Hurt and Ian McKellen, at Cliveden House, which these days is a luxury hotel. Dinner’s included, so no need to bring a picnic. You’ll get a two-person sofa to lounge on while eating two courses of Rick Stein’s seafood — sea bass madras curry with tomato and tamarind, perhaps. Tom Kerridge is in charge of pud: his homemade ice cream will be served in cinema-style tubs during the interval. There are more screenings at Cliveden’s sister hotel, Chewton Glen, and other films include Dr No, Almost Famous and Gladiator.
Cliveden House, June 21-July 11; Chewton Glen, July 9-23; £65; popuppicturecompany.co.uk

40 Pretty Woman at Baddesley Clinton
Warwickshire
The Catholic priests who hid out at this Tudor moated manor house in the 1590s could have done with a bit of entertainment. They probably wouldn’t have approved of screenings of Dirty Dancing, Pretty Woman or Fantastic Beasts. The picnic hampers for two, with sandwiches, scones, clotted cream, jam, lemonade and crisps (£30), might just have lured them out of their holes.
July 27-29; adults from £11, kids £7; summernightsfilm.co.uk

41 Dirty Dancing at Dreamland
Kent
This season, Margate’s vintage theme park has new rides, a garden boardwalk, art installations, food trucks, seaside shacks and a programme of live events — including free outdoor cinema screenings on the August bank holiday. Grab a deckchair and make sure your quiff or up-do isn’t too lofty — you might obscure a teddy boy’s view of Dirty Dancing or The Lost Boys.
August 26 and 27; free; dreamland.co.uk