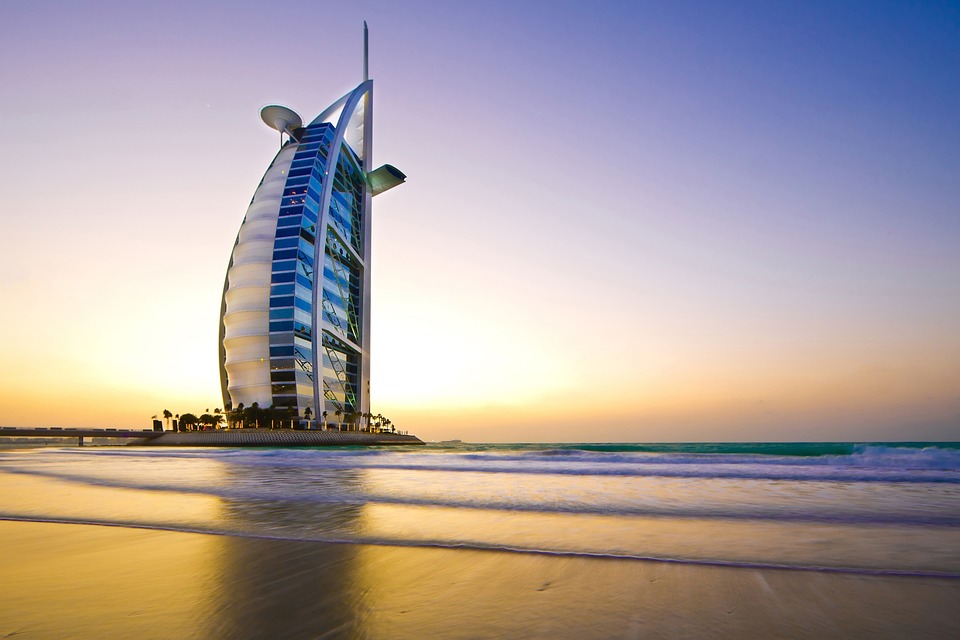 On the Water: Four Quick Things to Do on Your Trip to Dubai

Many travelers who have experienced this country for themselves say that if you want to see the biggest or most opulent anything, it is probably in Dubai. Abu Dhabi in particular is an amazing place. As recently as the 1980s, the town was basically a fishing village. Now, it’s one of the most stunning urban areas in the world. New Year’s Eve in Abu Dhabi makes New Year’s Eve in New York look like a low-key cocktail party.

The Dubai Marriott Harbour Hotel & Suites is a great hub for your stay in Dubai. It’s incredibly luxurious but not incredibly expensive. Furthermore, it is very close to lots of the things you want to see before you leave. A trip to Dubai is a once-in-a-lifetime experience for many, so you don’t want to miss anything.

“Awe-inspiring” is not a term to be thrown around lightly, but it probably applies to this 160-story skyscraper. In contrast, the Empire State Building is 102 stories. Even better, the Burj Khalifa’s observation deck remains open, so visitors can go almost all the way to the top. In addition to the world’s tallest structure, the Burj Khalifa holds numerous other records, such as world’s highest nightclub (on the 144th floor) and the world’s highest fireworks display. The mixed-use complex also has a number of high-end restaurants, retail, and a large park.

With over 1,200 shops, this downtown mall is one of the largest ones in the world. In 2015, over 90 million people came to explore the mall which is larger than fifty football fields. Some specific sites include the stunning Dubai Aquarium, which holds more than 300 animal species and features a 245-ton acrylic panel. There’s also a Sega indoor theme park, a Rainforest Cafe like no other one on the planet, and lots of other can’t-miss attractions.

Mall of the Emirates

This shopping complex has its own indoor ski resort and it’s arguably the second-nicest mall in Dubai. That probably gives you a clue about the wonders that await you. The Mall of the Emirates features a diverse array of shops and restaurants. Some offer a different twist on a familiar brand while others are uniquely Arabian or Mediterranean. The mall is landlocked, but that didn’t stop architects and builders from expanding it in 2015. After all, no self-respecting mall only has one ski slope (the new one has two).

The same people who designed the fountains at the Bellagio Hotel in Las Vegas designed the Dubai Fountain. But in typical Abu Dhabi fashion, the updated version is a little bigger than the original one. If 500-foot high water columns aren’t enough for you, the water is choreographed to twenty-five color projectors, over 6,000 lights, and a musical soundtrack. In 2011, builders placed a ring of fire around the fountains. Who knows what is coming next.