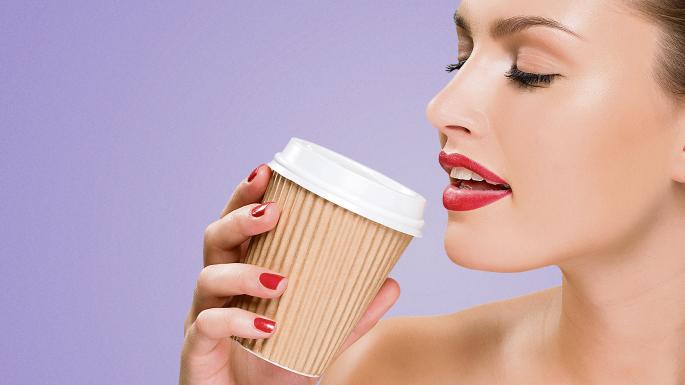 We drink 55 million cups of coffee in the UK every day. Many of us drink our espressos guiltily, assuming coffee is bad for us. There is, however, increasing evidence that it is not so detrimental to our health. This means, that if you looked at different coffee subscriptions from companies alike to Iron and Fire but were worried about regularly drinking coffee, you no longer have anything to worry about!

Scientists in Europe and America have found that people who drink about three cups of coffee a day are likely to live longer than those who don’t drink coffee at all. In study, researchers at the International Agency for Research on Cancer and Imperial College London examined data from 521,330 people aged over 35 in ten European countries, and found that men who drank at least three cups a day were 18 per cent less likely to die early from any cause than non-coffee drinkers. Women experienced a 7 per cent reduction in mortality.

Similar results were also reported by American scientists last week. In their study they found that people who drank two or three cups daily had an 18 per cent reduced risk of early death. Coffee drinkers were more likely to be protected from heart disease, cancer, and respiratory diseases, the research found.

So what is it about coffee that might make it surprisingly healthy?

Caffeine protects against premature ageing, heart problems and cancer
A study at Stanford University School of Medicine in California, published in the journal Nature in January, found that caffeine can radically reduce inflammation in the body, a process that is linked to a host of issues, such as premature ageing, diabetes, heart problems, cancer, Alzheimer’s and joint disorders. When researchers analysed blood samples from about 100 people of varying ages, they discovered that the older participants in the study with lower levels of inflammation reported drinking coffee on a regular basis – and not just a sip here and there, but some five cups a day.

Researchers believe that this may be down to the way caffeine interacts with the metabolites – the breakdown products – of nucleic acids, which are the molecules that serve as building blocks for our genes. When these breakdown products circulate in the body they can trigger inflammation, researchers said. However, caffeine and its own metabolites may counter their action. “Most of the diseases of ageing are not really diseases of ageing per se, but rather diseases of inflammation,” said David Furman, the study’s lead author. “The more caffeine people consumed, the more protected they were against a chronic state of inflammation.”

It aids weight loss and fitness
Scientists at the Australian Institute of Sport have shown that if you drink it before a workout, the caffeine in coffee helps the body to utilise fat effectively. In another study, by Dr Jason Tallis, a scientist at the University of Coventry’s department of biomolecular and sport science, it was found that drinking an espresso 20 minutes before you exercise can produce a 6 per cent improvement in your power output during endurance exercises, such as marathon running, swimming, rowing and cycling. This is because the caffeine helps to release calcium stored in muscles, which, in turn, boosts their power output. You can keep going for longer at a higher intensity and will burn more calories in the process.

The next month a review of existing studies on caffeine-referenced research found that moderate coffee consumption in men and women can reduce the risk of developing Alzheimer’s by up to 27 per cent. Earlier research into this link has suggested that caffeine could protect against Alzheimer’s because it stimulates the central nervous system by filling the body with powerful antioxidants that boost cognitive function. “Coffee contains plant-based antioxidants known as polyphenols, which help to stop harmful free radicals from causing damage to healthy cells,” says Helen Bond, from the British Dietetic Society.

Caffeine can help to reduce the symptoms of Parkinson’s
According to a review which was funded by six of Europe’s biggest coffee companies and which analysed existing research on the subject, drinking caffeine could help to reduce the symptoms of Parkinson’s, a condition in which parts of the central nervous system are progressively damaged. The studies suggested that regular, lifelong coffee intake is key, rather than occasional coffee drinking.

An earlier study, published in the journal Parkinsonism & Related Disorders in 2012, also revealed that Parkinson’s patients with higher caffeine consumption had less need for standard medical treatments, such as medication or surgery.

A cup of coffee lowers the risk of type 2 diabetes
A 2014 study by the Harvard School of Public Health found that people who increased the amount of coffee they drank each day by more than one cup over a four-year period had an 11 per cent lower risk of getting type 2 diabetes than those who made no changes to how much coffee they drank. They also found that those who cut their coffee consumption by more than a cup a day increased their type 2 diabetes risk by 17 per cent. Researchers suggest that coffee may be beneficial because it decreases glucose levels in the blood.

Caffeine can boost memory and learning
Drinking two to three cups of coffee after a learning session may help to boost long-term memory, according to a 2014 study by Johns Hopkins University in the US. Over a two-day study researchers showed pictures of different objects to 160 volunteers.

Participants were then given 200mg of caffeine – the equivalent of three espressos – in the form of a pill, or a placebo tablet, soon after the task. The next day the participants were shown the same pictures, as well as some new ones. The researchers asked them to identify whether the pictures were “new”, “old” or “similar to the original pictures”. Those who had had the caffeine were better at identifying pictures that were similar, compared with participants who took the placebo.

It’s not clear how caffeine can enhance long-term memory; one theory is that it may block a molecule in the body called adenosine, preventing it from stopping the function of norepinephrine, a hormone that has been shown to have positive effects on memory.

A cup of coffee can help to beat a migraine
Drinking one cup of coffee could help to treat migraines by improving the effectiveness of painkillers, research has found. Dr Andy Dowson, a headache specialist at King’s College Hospital in London, says that numerous studies have shown that various over-the-counter drugs are up to 40 per cent more effective when caffeine is added.

“Caffeine increases the absorption of many pain relievers, enabling them to get into the gastrointestinal tract more quickly and on towards the central nervous system,” says Dowson. ” That’s why you find caffeine in some over-the-counter analgesics. Equally, you could wash down a regular painkiller with a large mug of coffee. However, be sure not to have too much coffee because that can be a tipping point for headache.”

It can help to beat depression
Drinking three or four cups of coffee may act as a mild antidepressant by increasing the production of certain “feel-good” chemicals in the brain, such as serotonin, suggests one study. The 2011 research led by the Harvard School of Public Health found that the risk of depression was 20 per cent lower among women who drank four or more cups of caffeinated coffee than among those who drank little or none.

But coffee does have some drawbacks . . .
One of the most significant side-effects is insomnia, or at the very least disrupted sleep. Research by the American Academy of Sleep Medicine warned that 400mg of caffeine – about three or four cups of coffee – consumed even six hours before bedtime can significantly interfere with sleep patterns. Some people choose to counter this by looking for foods high in terpenes to have alongside their brew, which could help others as well. When the researchers measured the total sleep time of study participants who had consumed coffee at bedtime, or three and even six hours before bedtime, they found that it was reduced by more than one hour on average. Caffeine in coffee has also been linked to an increase in blood pressure. You could Click Here to read if coffee has a substantial impact on your blood pressure.

It is also addictive, and while different people can tolerate different amounts before becoming hooked on the stimulatory effects of the caffeine in coffee, even those who drink two or three cups a day can find it difficult to stop.

According to Dr Laura Juliano, a psychology professor at the American University in Washington: “In population-based studies more than 50 per cent of regular caffeine consumers report that they have had difficulty quitting or reducing caffeine use.”

High intake has also been linked with infertility in men and women, leading some researchers to suggest that coffee should be limited by couples struggling to conceive.

Health and Medicine
About Me