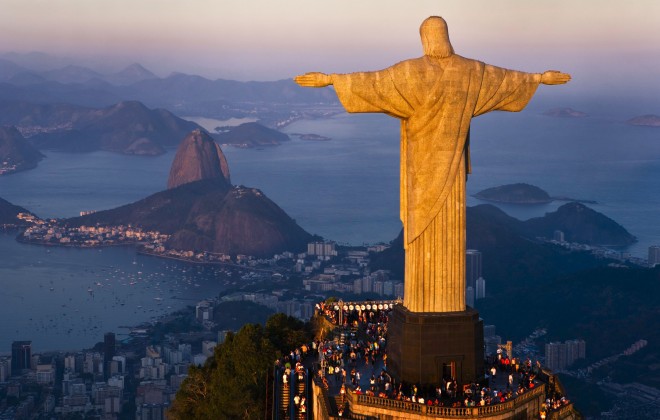 If Brazil to you says bikini waxes, you have probably spent too long hanging out with Wags. To any design aficionado, Brazil means fabulous furniture and modern architecture. Its capital, Brasilia, which from above looks like an aeroplane (check it out on Google Earth), was designed in 1956 by the architect Oscar Niemeyer, and is widely regarded as a beacon of modern design.

To give you a better feel for the architecture, have a look at these coffee-table tomes: Brazil’s Modern Architecture is a celebration of its 1950s and 1960s heyday, and Latin American Houses will have you salivating over Sao Paulo pavilions with concrete sun decks.

The interest in Brazilian furniture is no less fervent. Vera Lucia Da Silva, in Alfie’s Antique Market, NW8, one of Kate Moss’s favourite vintage haunts, has a haul of 1950s tables originally used for cutting out negatives in the offices of Rio’s answer to Hello! magazine.

This was the golden era for the country’s design community, rooted in the immigration of designers from Germany, Italy and Japan in the 1930s. “These nationalities melded together to create a very distinctive style that coincided with the building of Brasilia,” says Chris Wilde, an antiques dealer who set up Brazilia Interiors with his wife, Carmo, an interior designer. The couple import striking modern designs by Sergio Fahrer (see below) and the Campana brothers, and sell reissues of classics. So there’s no excuse not to bring home a bit of Latin spirit.

The glitzy Campana brothers are known for their avant-garde furniture made from rubbish. Their Blow Up range for Alessi is just as stylish – if a little more polished – with more than a hint of pickup sticks to it. Blow Up wall clock, £110; www.design-conscious.co.uk

Mauricio Klabin’s Eclipse lamp, designed in 1982, is already part of the permanent collection in MoMA, New York. A future classic and well worth an investment. £69; www.braziliainteriors.com

Farrow & Ball is well known for its old-school-cool heritage colours: you are never going to make a decorating faux pas when you choose Mouse’s Back or Cooking Apple. But its contemporary palette is stealing the limelight with the new Special Editions I wallpaper range – four of the company’s best-selling designs revamped in 13 colourways, including raspberry red, black, chocolate and silver or gold metallics, all perfectly suited to this season’s goth-lite look. The papers are block-printed with Farrow & Ball’s ecofriendly paints to give a chalky finish, and until December 31 you can buy the range in single rolls, instead of the usual three-roll minimum, making it perfect for feature-wall fiends, or for just tarting up the downstairs loo.

South America
About Me