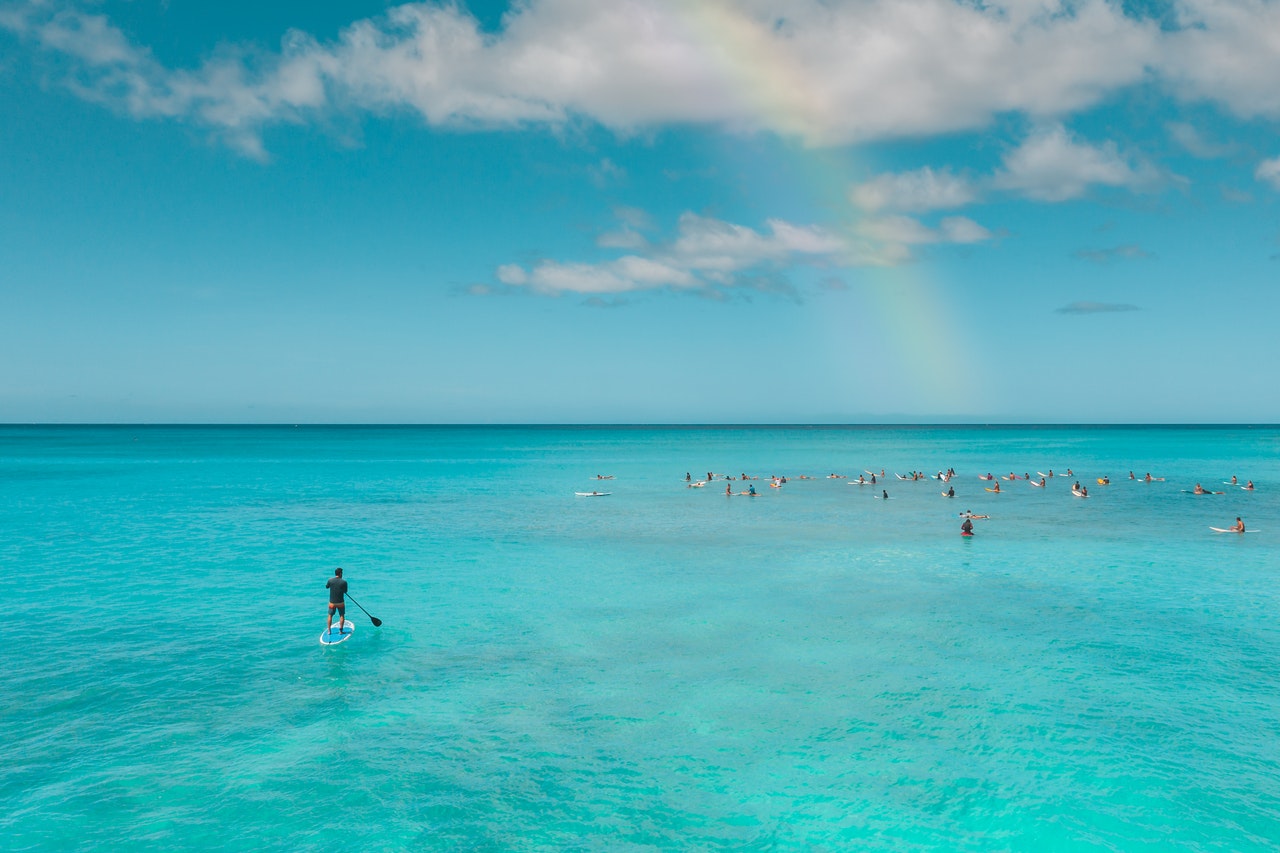 Paddle boarding on SUPS can be great fun; and a lot of you will have had lazy days spent on the water, paddling in a relaxed manner. However it can also be an extreme sport when taken to the extremes, and that is exactly what Jordan Wylie did.

Jordan Wylie, famous for his appearances in the hit tv show Hunted and for his military career, recently attempted to be the first person to go round the whole of Great Britain on a paddleboard. In this effort, he broke records for the amount of time and distance anyone has spent paddleboarding on the open sea. Whilst the whole attempt was a test of endurance, and it was a marathon rather than a sprint, there were some very long days. In one day for example he paddled 48.4 miles, from Bangor in Northern Ireland to the Mull of Kintyre in Scotland.

Wylie, who has attempted many adventures and high octane feats before the almost 1500 mile paddle boarding marathon around Britain, said that it was his most challenging expedition yet.

Having done only seven days paddleboard training at the Water Skills Academy in South Wales before his expedition, he then spent nearly five months at sea during the early stage of the pandemic back in 2020. They paddled everyday, only resting when there were extreme storms.

Aside from simply completing the feat of endurance, the aim of the challenge was to raise money for children affected by the war and conflict in Yemen and Somalia, and to build a school for them.

Unfortunately ‘The Great British Paddle’ had to be stopped short after 149 days, because of the new national lockdown put in place on Christmas Eve. Nevertheless, Jordan’s extreme efforts still managed to raise nearly £90,000 of his £100,000 target.

Whilst there were problems with the pandemic that stopped the adventure from being finished, these were far from the only challenges they had to deal with. There is obviously the physical toll endurance paddle boarding takes, but there are also the mental struggles that come with getting on the water very early in the morning or very late at night because you are dictated to by the weather.

After the experience, Jordan has talked a lot about how difficult it is to be getting into ice cold water and paddling on the ocean in pitch black surroundings, and then fighting against the wind and the tide.

If you can cast your mind back to 2020, there were also great stormy conditions that Jordan had to contend with. Both Storm Francis and Storm Ellen held Jordan up for nearly two weeks, and at times he was paddling on the water in conditions that most sailboats wouldn’t want to content with.

Whilst these conditions and problems that Jordan faced were trying, and most definitely tested him, he managed to get through the challenge.

Jordan has thanked the members of the public and army cadets who paddled alongside him during his challenge, giving him a boost with their morale support.

He was also accompanied by a lot of the local wildlife. He regularly paddled alongside dolphins on an almost daily basis, and also interacted with grey seals, ospreys and sea otters. He found this engagement with nature a great help for his mental health and was some of the issues he has had with depression and chronic anxiety.