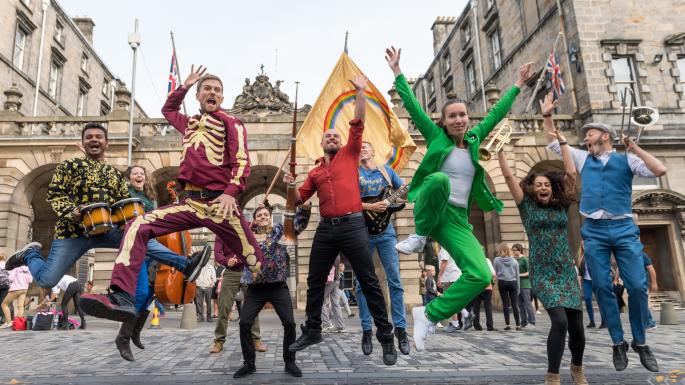 A senior figure within the body that promotes British culture has called for its multimillion-pound grant to be maintained to help make “global Britain” a reality in the post-Brexit era.

Graham Sheffield, the British Council’s director of arts, spoke out after the heads of the Edinburgh festivals wrote to Boris Johnson urging him to preserve the council’s budget for work in the developed world or risk “long-term damage” to British interests.

Under plans revealed by The Times this month, an annual grant of £39 million is to be cut to nothing over the next three years, wiping out the council’s educational and cultural work across the EU and beyond.

Quoting the foreign secretary, Mr Sheffield said: “If ‘global Britain’ is to be a reality then we do need to engage with everybody, and the British Council can be helpful with that.”

The council, a public body that is also a registered charity, has promoted British values and culture around the world for 80 years, using soft power to cultivate relationships that survived the Second World War, the Cold War and the break-up of the empire.

In the wake of last year’s EU referendum, Mr Sheffield admitted to being “frankly shocked” by the result, and pledged to help artists reach new markets overseas to ensure the UK was seen as “an international, outwardly-focused, creative nation”.

He underscored that internationalist message yesterday. “The fact of us leaving the European Union makes our continued engagement with the countries of mainland Europe in cultural and educational affairs even more important now than before,” Mr Sheffield said.

“It would be great in the light of that if we were able to look again at the issues around our funding base to enable us to help the UK to do that.”

The council has previously raised eyebrows in Whitehall over its running costs and high pay for its staff.

While insiders say the government’s direction of travel has been set, negotiations over the budget are continuing. The council has continued its EU-UK culture and education conferences, aiming to set out structures for future co-operation in these fields once Britain leaves the EU.

Mr Sheffield was speaking as the British Council Showcase opened in Edinburgh, a 20-year-old event that has become the biggest platform for international promoters to see the best emerging talent in UK theatre and dance. It takes place every two years during the Festival and Fringe.

Rachel Mars, who creates musical theatre and whose work, Our Carnal Hearts, is part of the council’s event, said it was a unique opportunity to sell her work overseas.

“I am just opening up my horizons to opportunities outside the UK,” said Ms Mars, who has been producing her own work for five years.

“As things become more difficult in the UK because of lack of funding for the touring system it is important to show your work internationally if you are going to survive as an artist. That is why the showcase is important.”

She added: “Edinburgh works for people’s careers. It can be financially crippling to be here, but in the long game it works.”

The British Council helps UK companies with small grants. “We can offer support, particularly in markets that are interested in British work. Of course, a lot of those markets are in the developed world,” Mr Sheffield said.

“If [the cut in funding] were to go ahead then our support for work in the developed world as part of the showcase would be part of the work we wouldn’t be able to do any more.”

Half of the 30 companies have never featured in the showcase before and there was much more diversity among the participants, according to Mr Sheffield. “We are trying to show off the best of contemporary Britain and not just a certain part of it,” he said. “It is high intensity, but it pays off. It offers visibility abroad, commercial opportunity, helping to project a pretty dynamic vision of the UK today.”

A Foreign Office spokesman said: “We are currently working with the British Council to deliver the manifesto commitment of putting it on a secure footing, recognising the tight fiscal climate and the importance of delivering Brexit.”

Arts and Culture
About Me