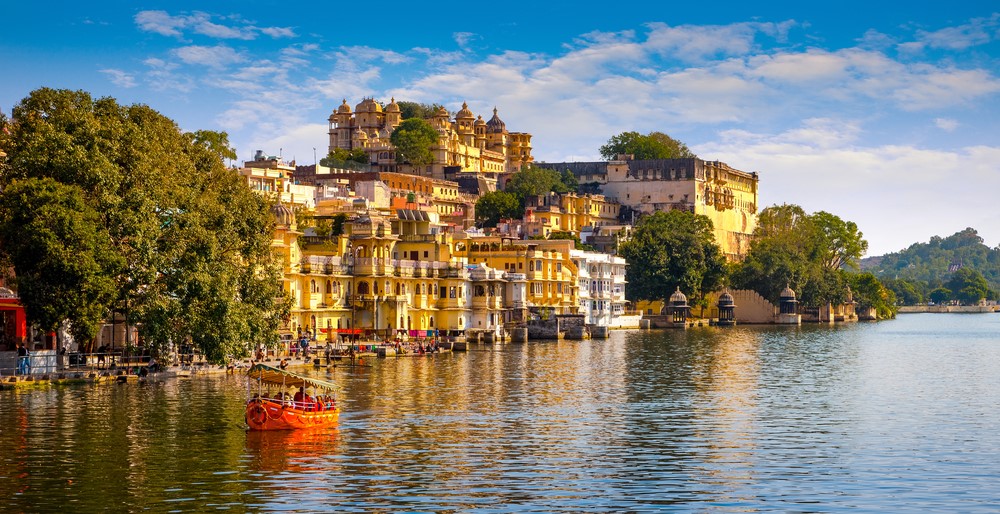 6 Things to Do in Udaipur in 24 Hours

Udaipur is the most romantic city in India. Famously known as the Venice of the East and City of Lakes; Udaipur is also home to a plethora of majestic palaces. Lake Pichola is one of the most mesmerizing lakes of the city followed by Lake Jaisamand, the second largest human-made lake in Asia. Apart from the sprawling palaces and lakes, the city is also known for its markets, art galleries and museums. Tourists can also book best hotels in Udaipur for a night stay at the city. So, if you have only 24 hours, exploring the city like a pro is the best option.

A visit to this garden is the best thing to in the early hours of the day. It is also called as the Rose Garden or Gulab Bagh and is engulfed with the fragrance of roses. It is the largest garden in the state of Rajasthan with more than 100 varieties of roses with ample sightseeing. The unusual rose beds, orchids, trees and spacious lawns are enough to start your day on a peaceful note. There is a small zoo where a variety of fauna can be found like leopards, tigers, Indian gazelle and more.

Lake Pichola is a human-made lake built in 1362. It is one of the largest and ancient lakes in the city surrounded by bathing ghats, temples, hills and palaces. The Lake Palace is on one of the four islands on the lake which was built in 1746 and now has been turned into a hotel. A boat can be taken to see the islands and the surrounding Aravali hills. Also, the Fateh Sagar Lake is surrounded by lush greenery where one can catch a glimpse of the early morning sun rising from beneath the Aravali hills. Saheliyon ki Bari is a garden located on the banks of the lake. Built by Maharana Sangram Singh, the courtyard of maidens has many lotus pools, elephant statues, fountains and marble pavilions. It was presented to his queen and the other 48 maids who accompanied her in the marriage.

The restaurant is named after the year in which the sprawling city was founded. This retro restaurant offers Thai, Indian and Continental dishes. Eating here is both a gastronomical and pristine experience, especially the fact that this place overlooks the banks of the Fateh Sagar Lake. The ambience of the place is magical with garden tables and Indian classical music playing in the background. The sightseeing around the city definitely works up an appetite. The lip-smacking Traditional Rajasthan delicacies are must-try at this rooftop restaurant.

Maharana Pratap Memorial is located at the top of the Pearl Hill. The site is dedicated to the ancient warrior Maharana Pratap. A life-sized bronze statue of the warrior riding his loyal horse Chetak can also be seen here. The top of the hill is a spot from where one can capture pictures of the Fateh Sagar Lake. Another way to spend the afternoon is at the Japanese Rock Garden that is on the hill itself.

The temple is located on Machala Hill on the banks of Lake Pichola. A cable car ride along the ropeway takes you to the temple. Karni Mata is said to be the incarnation of Goddess Durga. One of the tales recites that her dead son was given reincarnated as a rat and it is believed that all her family members incarnate as rats and live in the temple with the goddess.

The stunning haveli at the Gangaur Ghat is famous for the Rajasthani folk show in the evening. The 18th-century waterfront haveli showcases the Dharohar dance show, and soon after the sunset, the place becomes a beautiful stage for all the cultural performances.

Udaipur is well connected by all the means of transport, and it is easy to look for the best hotels in Udaipur for a relaxing stay after the 24-hour sightseeing around the city.